Simone was born in Milan on May 5th, 1986 and graduated from the Hospitality School Carlo Porta, Milan.

He trained with 2 Michelin starred Carlo Cracco and by 17 decided to make this his life commitment. After his studies, he joined one of Italy’s elite group: Gualtiero Marchesi di Erbusco, with whom he created a strong relationship. After 3 years Marchesi prompted him to go oversea and deepen his knowledge with French master chefs.

2008 sets the start of a new chapter for Simone: he starts collaborating with the most prestigious restaurants in the world from Georges Blanc (3 Michelin stars, in Vonnas), to The Vineyard at Stockroos (Relais et Chateux, UK), Restaurant Quay by Chef Peter Gilmore (Sydney, Australia) and many others. The result of this intense period is the collaboration that he starts with one of the top brands in the global scene of high cuisine: the Bras Family in Laguiole, France (3 Michelin stars). Michel & Sebastién Bras foster Simone for 4 years, handing down on him the fundamental teachings of their cuisine based on love and respect for nature, the importance of the territory and the ties with producers. In December 2015 Michel & Sebastién choose Simone as Director and Chef for their restaurant in Hokkaido. In 2017 the Michelin guide Hokkaido gives his restaurant 2 stars, an important achievement fruit of hard work and strong passion.

Simone Cantafio in the words of Michel Bras: “A Chef who uses his heart before using his head, this is why we choose him to lead our restaurant in Japan. Besides, he is Italian and cooking is in his blood”. 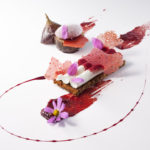 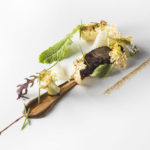